A Window in Reykjavík

The exhibition A Window in Reykjavík comprises a selection of works by Ásgrímur Jónsson, whose common factor is that they relate to the artist's surroundings in Reykjavík. The works form part of the collection of the National Gallery of Iceland; Ásgrímur Jónsson bequeathed to the Icelandic nation all his works of art, along with his home and studio at Bergstaðastræti 74, Reykjavík.

Ásgrímur Jónsson (1876–1958) is one of the pioneers in the history of Icelandic art; he was the first Icelandic painter to make a career in art. Born on the farm of Suðurkot in Rútsstaðahverfi, south Iceland, he studied at the Royal Danish Academy of Fine Arts 1900–03. After graduation he remained in Denmark for a time and travelled to more southerly regions; he stayed for a year in Italy, for instance, and also spent time in Germany. His travels were a source of inspiration for him, as he had the opportunity to see the works of the French Impressionists which would be a major influence on his art. The main focus of Ásgrímur's art was Icelandic nature, and he was also a pioneer in the visual interpretation of Icelandic folk and fairy tales.

Initially he lived in a house named Vinaminni in Grjótaþorp in the centre of the town, and in 1928 he and another artist, Jón Stefánsson, built themselves semi-detached homes at Bergstaðastræti 74, designed by architect Sigurður Guðmundsson. Ásgrímur spent his summers travelling around the country with his easel, then exhibited his work the following Easter. But his many pictures of Reykjavík and its environs demonstrate that he was also interested in his home surroundings.

The view from the window ofVinaminni, where he first lived on his return to Iceland, became a favourite motif for him, with its vista of Reykjavík Harbour and Mt. Esja across the bay. The view to the south from the skylight of his studio at Bergstaðastræti would later also inspire him. Watercolour was an appropriate medium for capturing the quality of the light over the waters of Skerjafjörður and the houses on Laufásvegur. Ásgrímur's life and oeuvre span a long period of Iceland's history – a time when the old rural society was starting to decline and Reykjavík was growing from a town into a city.

A Window in Reykjavík

Many of Ásgrímur's paintings from Reykjavík, painted in the first half of the 20th century, depict a peaceful little town where houses cluster along the ocean shore; yet they also show economic activity, such as workmen building roads as the new urban society evolves. If we compare his images to the Reykjavík of today, we see that low-roofed houses, henhouses and stables have given way to a modern cityscape, reflecting changed lifestyles and forms of transport. The artist's viewpoint through a window is a common artistic theme. In such works one senses a closeness to the artist, and in Ásgrímur's home the visitor can look out of the window to see the same viewpoint as Ásgrímur captured on canvas and paper. Reykjavík houses are painted in a charming palette of colours, and despite the changes that have taken place traces remain of the Reykjavík that Ásgrímur knew so well – and in his works we recognise many landmarks of today's Reykjavík, such as the Lake, the Free Church, and the old-established districts of Þingholt and Grjótaþorp.

Ásgrímur Jónsson (1876–1958) is one of the pioneers in the history of Icelandic art; he was the first Icelandic painter to make a career in art. 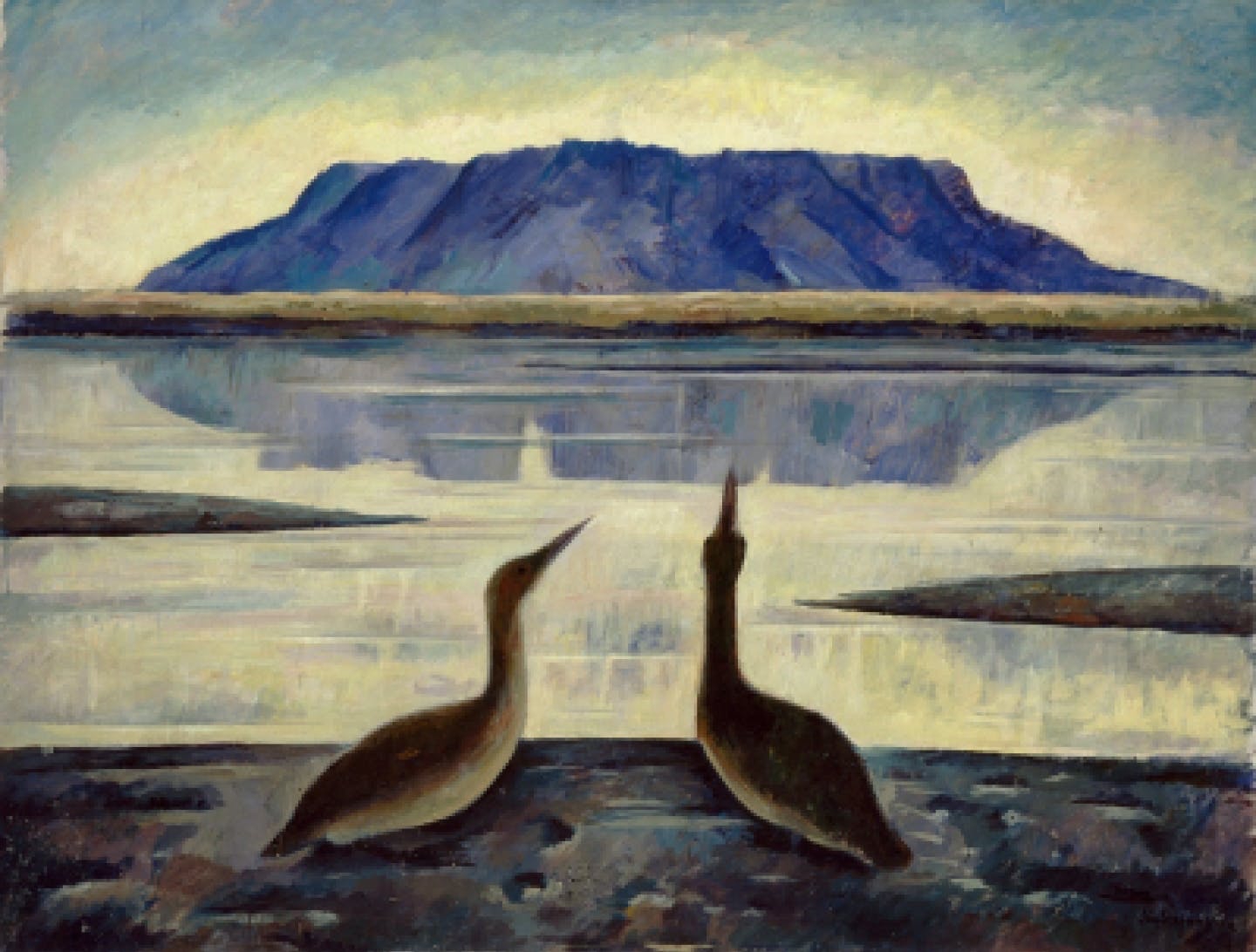 Treasures of a Nation